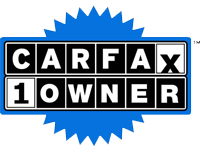 Our dealership has already run the CARFAX report and it is clean. A clean CARFAX is a great asset for resale value in the future. This vehicle is a certified CARFAX 1-owner. This model shines with an exquisite blue finish. This Mazda Mazda6 has a 2.5 liter 4 Cylinder Engine high output engine. Front wheel drive on this unit gives you better traction and better fuel economy. This Mazda Mazda6 is accented with premium quality alloy wheels. Enjoy the tried and true gasoline engine in the vehicle. This mid-size car has an adjustable telescoping wheel that allows you to achieve a perfect fit for your driving comfort. This mid-size car has an automatic transmission. With the adjustable lumbar support in this 2019 Mazda Mazda6 your back will love you. Easily set your speed in this vehicle with a state of the art cruise control system. Increase or decrease velocity with the touch of a button.

The biggest news for 2019 is the inclusion of Mazda's i-Activesense suite of safety features which now come standard across the entire model range. i-Activesense includes several notable features including a pedestrian detection system tied to the brakes, lane departure warning and lane keep assist systems and a radar-activated cruise control which can even bring the car to a complete stop during heavy traffic.

The 2019 Mazda6 comes in five different trims: Sport, Touring, Grand Touring and Reserve. Each is powered either by a 187-horsepower, direct-injection 2.5L 4-cylinder engine or the SKYACTIV-G® 2.5L turbo-charged engine making 250 horsepower and a whopping 310-lb feet of torque. A 6-speed manual transmission comes standard on the Sport, while a 6-speed automatic is optional on that trim but standard on all other trim levels.

Certain convenience options such as an auto-dimming rearview mirror and fog lights are available on the Sport. On the Touring model, Touring Technology Package includes the 11-speaker Bose audio system, navigation, advanced keyless entry, Smart City Brake Support and more. For the Grand Touring, the cleverly named Mazda Radar Cruise Control and Forward Obstruction Warning Package adds the named systems, while the Advanced Package builds on the above with a land departure warning system and i-ELOOP, a regenerative braking system that uses a capacitor to store energy created during braking.

Based on 2020 EPA mileage ratings. Use for comparison purposes only. Your actual mileage will vary, depending on how you drive and maintain your vehicle, driving conditions, and other factors.